See it from a new perspective. 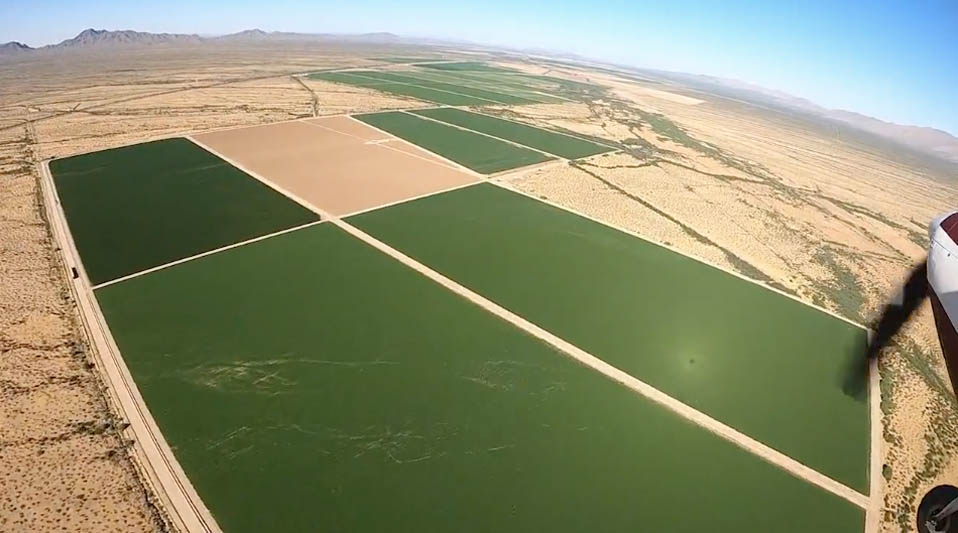 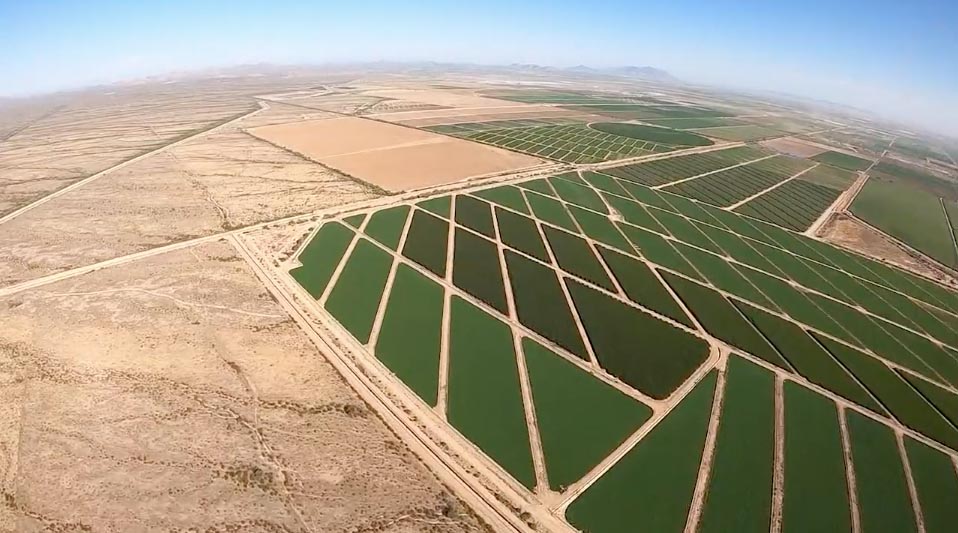 Due to the COVID-19 pandemic, our partners at American Rivers were stalled on a film project to tell the story of how the overuse of groundwater in rural Arizona is affecting both people and the environment. Many areas in rural Arizona operate at a significant groundwater deficit, meaning they pump out more water from aquifers than is naturally replenished. In the last five years, large-scale corporate agricultural development has skyrocketed. By some estimates, groundwater use has quadrupled, and there is no sign of it slowing down. Family farms and rural households that rely on well water are having to drill deeper and deeper to access water and the price is unsustainable for many of them.

Scientists now understand that groundwater and surface water flows are inextricably linked. Groundwater feeds desert streams and rivers, and decades of heavy pumping has left them with diminished flows. The future of rivers in Arizona, from the San Pedro to the Verde, is threatened by groundwater pumping. This could mean dire consequences for the plant, animal and human communities that depend on these rivers as well.

Their videographer was no longer able to travel to film on location. Initially, we postponed the flight that LightHawk had planned with him to capture an aerial view, but then we circled back and offered another option to move the project forward: our volunteer pilot could fly a carefully planned route with mounted GoPro cameras to gather the aerial footage. This plan resulted in a series of very successful flights gathering video for the film project. Here is a sneak preview of what was captured.

The footage from these flights demonstrates the breadth of the problem. These and other images are to be used in a series of videos shared by the Water for Arizona Coalition about the threats presented by the overpumping of groundwater in Arizona. The Water for Arizona Coalition is a collaboration of groups such as American Rivers, Audubon Arizona, Business for Water Stewardship, Environmental Defense Fund, and Western Resource Advocates, as well as hundreds of hunters, anglers, and outdoor recreation enthusiasts across the state. 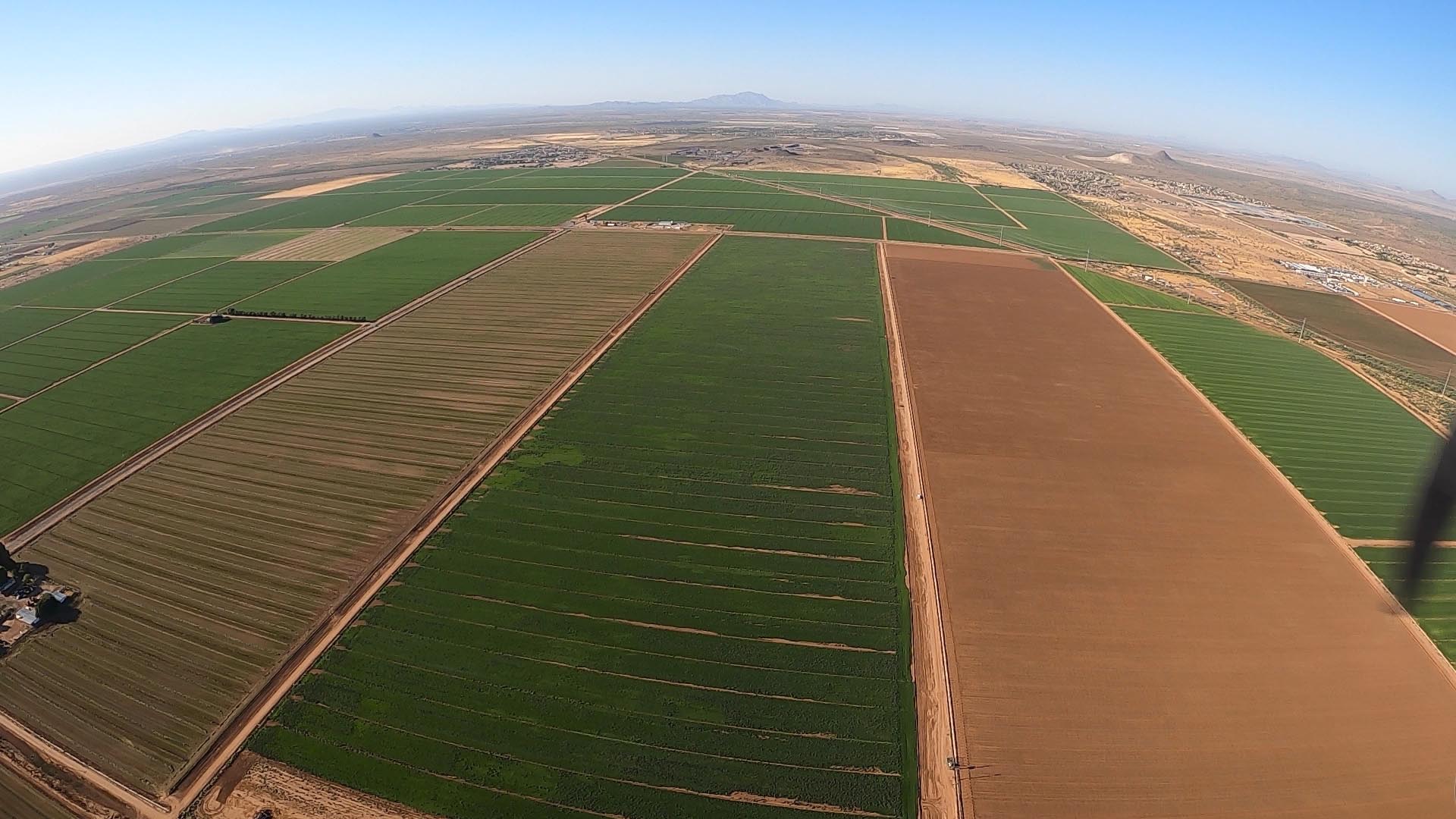 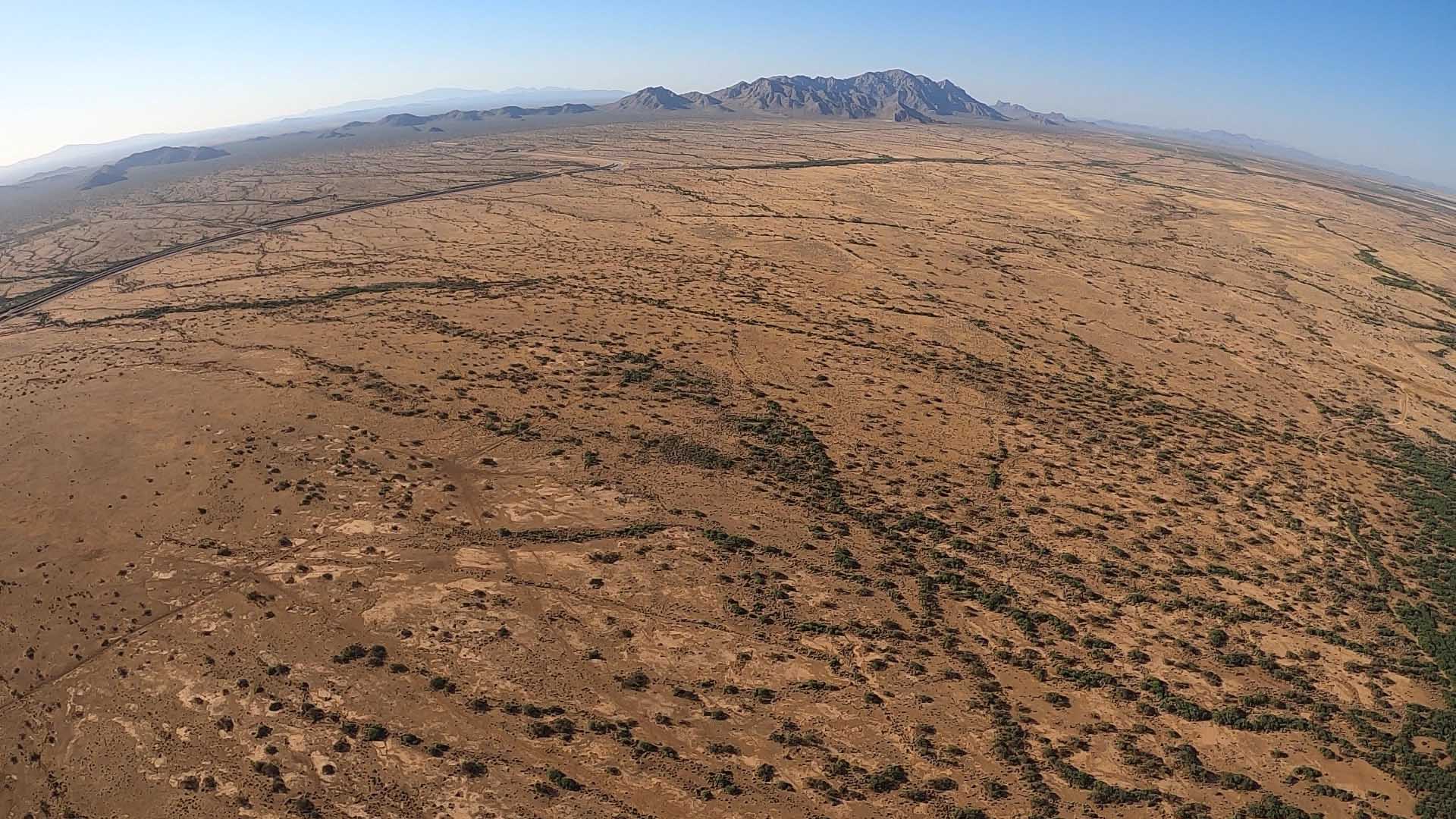 Aerial visuals that will help tell the story include views of industrial farms like Fondomonte Farms, and the stark contrast of green alfalfa fields and other crops juxtaposed with the brown desert landscape, dry riverbeds, and land fissures. In addition to conducting coverage from the air, the video team is working to set up interviews with local Arizonans, including those who are calling for more regulation and those who have been affected by over-pumping.

For more information about these issues:

Also, see a 2018 article that LightHawk flights helped to illustrate and inform titled It was ‘Land of the Free.’ Then the water disappeared (E&E News)